Modeling the COVID-19 / Coronavirus pandemic – 3.The effects of several populations

Modeling the COVID-19 / Coronavirus pandemic – 3.The effects of several populations

As a sanity check, the first case to consider is case for which the infection coefficients are constant. This implies taking the simple case we studied above and partition the population. This should not change anything. Suppose they are equally sized. In such a case, $\beta_{ij} = \beta_0 /n$. The eigenvalues one obtains numerically are $n-1$ zeros, and one $\beta_0$, as expected.

For the next cases, we can consider $\beta{ij}$'s that are random. Since the $\beta{ij}$ have to be positive (no one can "uninfect" an infected patient), we can look at a log normal distribution.

The first random case we take is of a general, non-symmetric matrix. In principle, there is no reason why the coefficients should be symmetric, that is, $\beta_{ij}=\beta_{ji}$. This is because when two people interact, the probability that one will infect the other is not necessarily the same, either because of different habits (one washes her hands while another doesn't), or because of asymmetric interaction (e.g., person providing food vs. a person eating it). Fig. 1 depicts the eigenvalues of a 1000 by 1000 interaction matrix $\boldsymbol\beta$. We see that all but one eigen value fill a circle around the origin, while one eigenvalue is unity. In fact, under some realizations, it can be larger than unity.

The first interesting take away point is that even if the interactions are random, the average interaction sets the maximal growth rate, and it will dominate the solution very early in the evolution. Namely, the initial conditions will cause an oscillatory behavior (because the eigenvalues have an imaginary component), however after a few e-folds at most, the largest eigenmode having an eigenvalue of unity (as the average was normalized), will dominate the growth. Without normalization, we will have $r_{max} = n \overline{\beta_{ij}}$

Figure 1 - The 1000 eigenvalues of a random 1000$\times$1000 matrix with random elements having a log-normal distribution, normalized to have an average of 1/1000. The width is $\sigma = 2.0$. Evidently, almost all the eigenvalues are in a circle in the complex plane, around the origin. One eigenvalue is unity and real.

The second random case is considering a symmetric $\boldsymbol\beta$ which will give rise to real eigenvalues (in epidemiological terms, it means that there is symmetric probability that person A and B infect each other if one is sick. 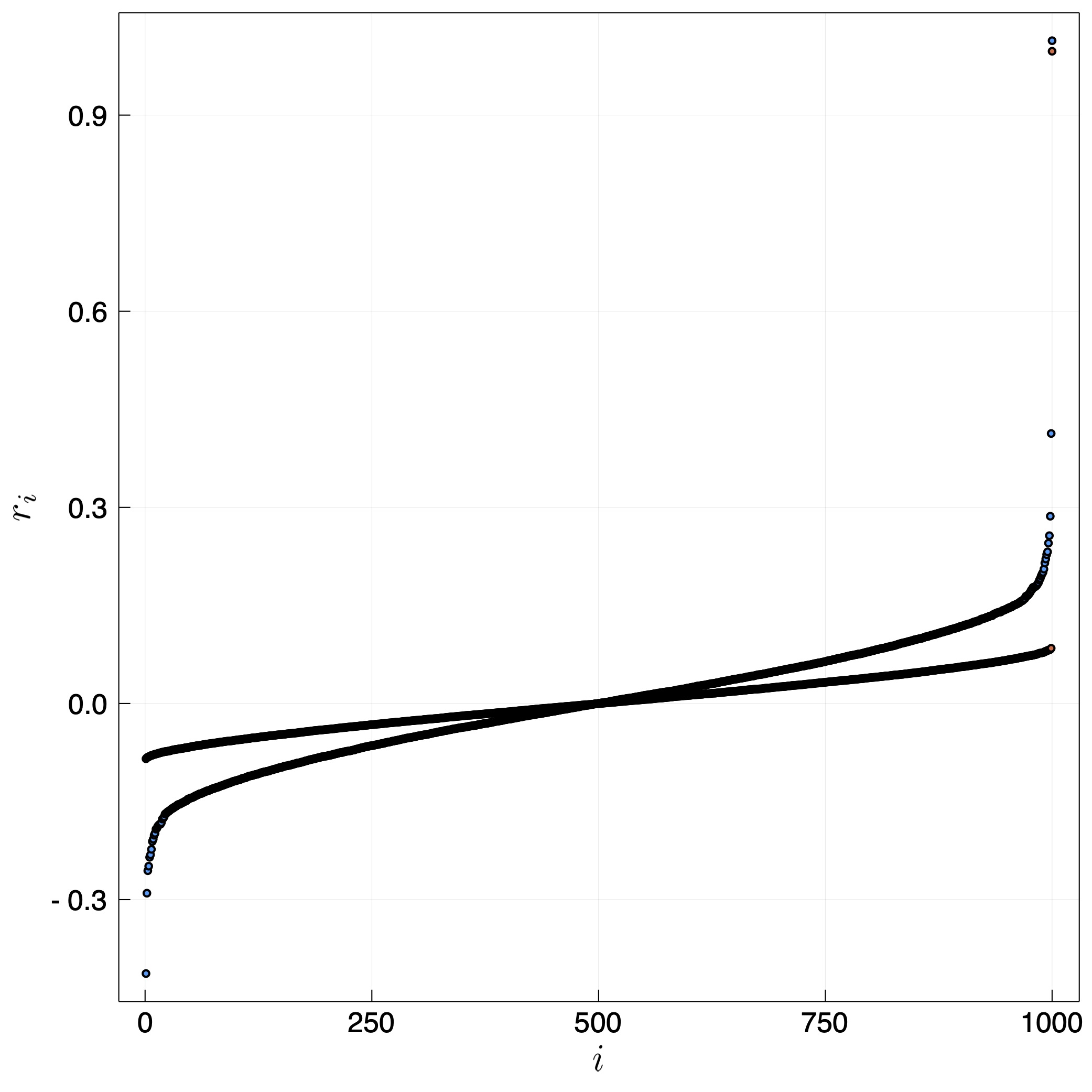 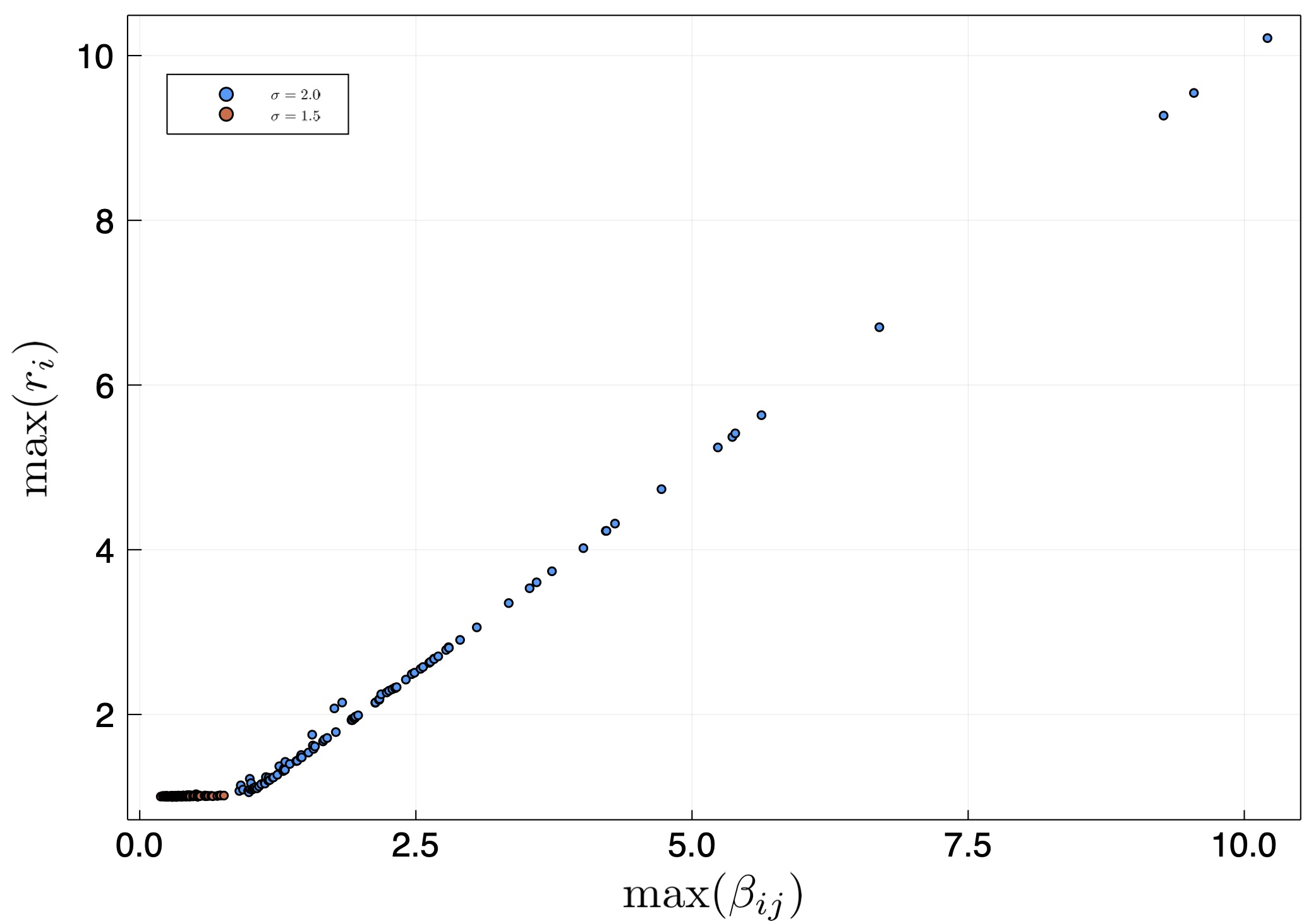 Figure 3 - The largest eigenvalue as a function of the largest interaction element $\beta_{ij}$ for many realizations of random matrices having different log-normal distributions.


Additional posts in the series include