At last, the sciencebits site has gone online!

At last, the sciencebits site has gone online!

By shaviv 0 Comments
After quite a long while, during which I planned developing such a site, sciencebits.com has gone online. The "raison d'être" behind this site consists of several motives. 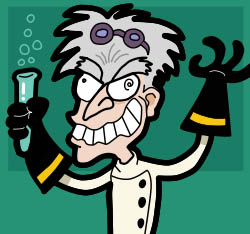 First, since I am quite an inquisitive person (I am a scientist afterall), I always bother myself with many questions I don't necessarily find in the literature, and if they are there, they are not necessarily too lucid. Since many of these questions could interest a larger audience, it would be nice to share the little revelations I have. For example, I always wondered under which conditions exactly does breath condense, and when will the "fog" be thick, stay for a long while and so forth. Here you'll find the solution, including a calculator to calculate it. Or, I often wondered (well, in winter) why snow could fall at above freezing temperatures, and thought the answer (which turns out to be wrong) is that it takes time for the snow flakes to melt. The true answer is that evaporation keeps the flakes cool. Again, you'll find a detailed answer (once I find the time to write this page). Other pages involve interesting experiences I wish to share, such as the amazing tides in the bay of fundy (not written yet...) including explanations from a physicist, or useful calculators I wrote (such as a calculator to estimate the pension fund at retirement, or the effective temperature of the sky).

The second reason for this site has to do with the fact that some of my real life research could interest a wide audience. This site is a place where I can explain to the laymen, for example, how passages through the milky way's spiral arms are related to the appearance of ice-age epochs on earth, how stars can be so bright yet remain intact even through the radiation pressure should have blown them apart, or why global warming over the 20th century is to a large extent not anthropogenic (though to some extent we do affect climate).

Since the latter fact is at odds with the common perception (which I too held until a few years ago), I unfortunately have to fight political fights against people who prefer to disregard clear evidence which contraticts their claims. Thus, I need a platform to express my voice. So expect blog entries regarding this issue. Incidentally, I should stress that I am very much an environmentalist, I hate pollution, I am very much in favor of using renewable energy sources, I even grew up in a solar heated house, however, we should do things (such as burning less fossil fuels) for the right reasons and not the wrong ones.

The last reason for having such a site is a resting place for my university course notes. Since my department server is limited (e.g., does not support dynamic content at this point), I prefer hosting it somewhere else. Moreover, it would bring more traffic so that more people will get to read what I think on other topics...

Science is fun. I hope you enjoy it as much as I do. Nir Shaviv