A visit to Stromboli

A visit to Stromboli

By shaviv 2 Comments
Blog topic:
general physics, general science
It seems that every time I write a blog entry I have to apologize that I don't do so more often. Apparently I don't like to admit that I am a busy person (even though I am). Anyway, I decided I should write about one personal experience I thought I'd share with you readers, even though I have 3 papers just waiting to be submitted (my other readers will simply have to wait a little... though once they get accepted I hope to write about them here).

Half a year ago, I attended the Frascati workshop in Vulcano. This island, where the conference took place, is one of the Eolian chain – a group of volcanic islands just north of the north eastern corner of Sicily. Vulcano is a dormant volcano (last erupted in 1888). It is very interesting to visit because it is fuming gases (in particular, sulfur which you can smell, and feel in your lungs once it becomes sulfuric acid). It also has a very prominent caldera, just like you would expect from a classic volcano. But the highlight was certainly another Island, that of Stromboli. 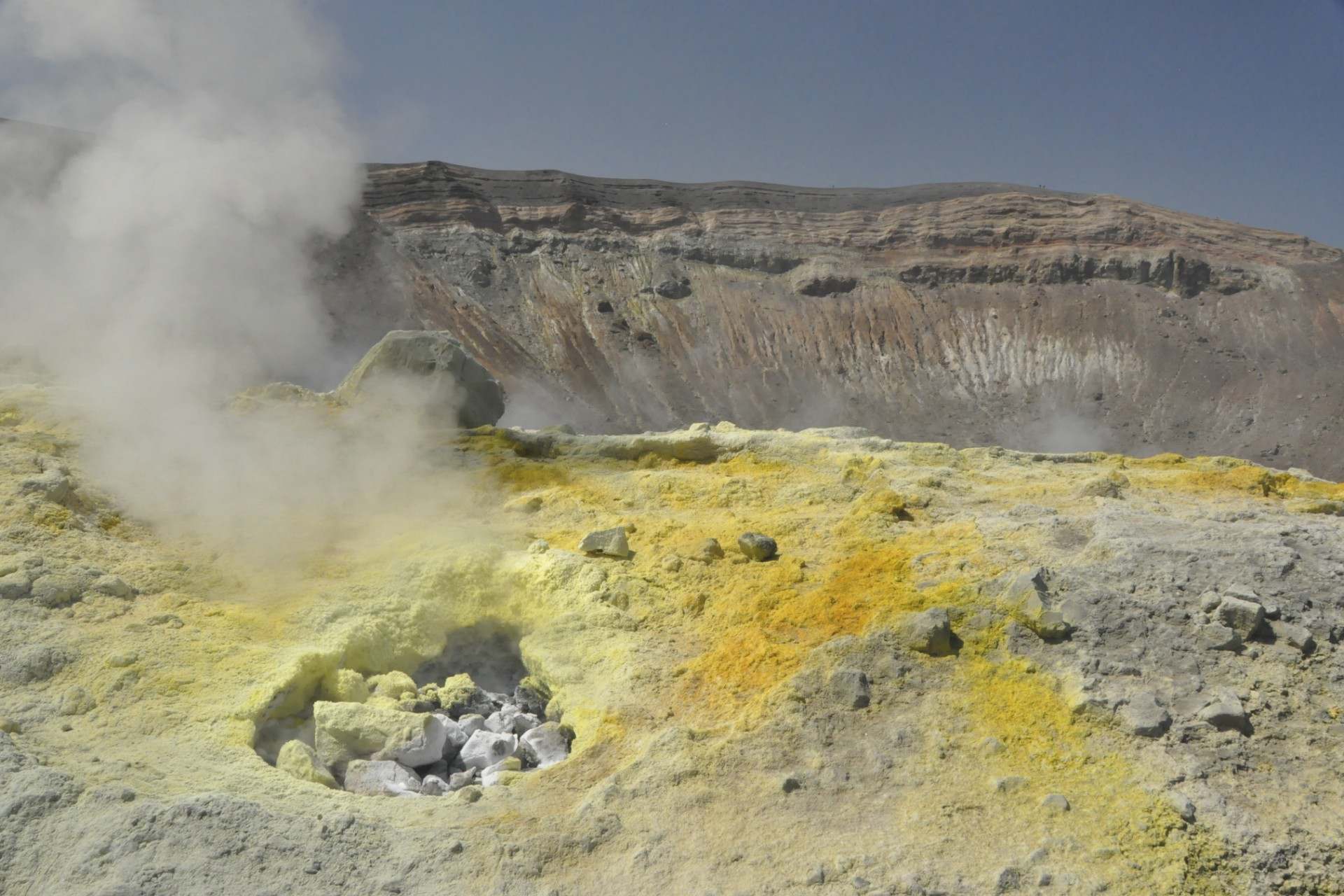 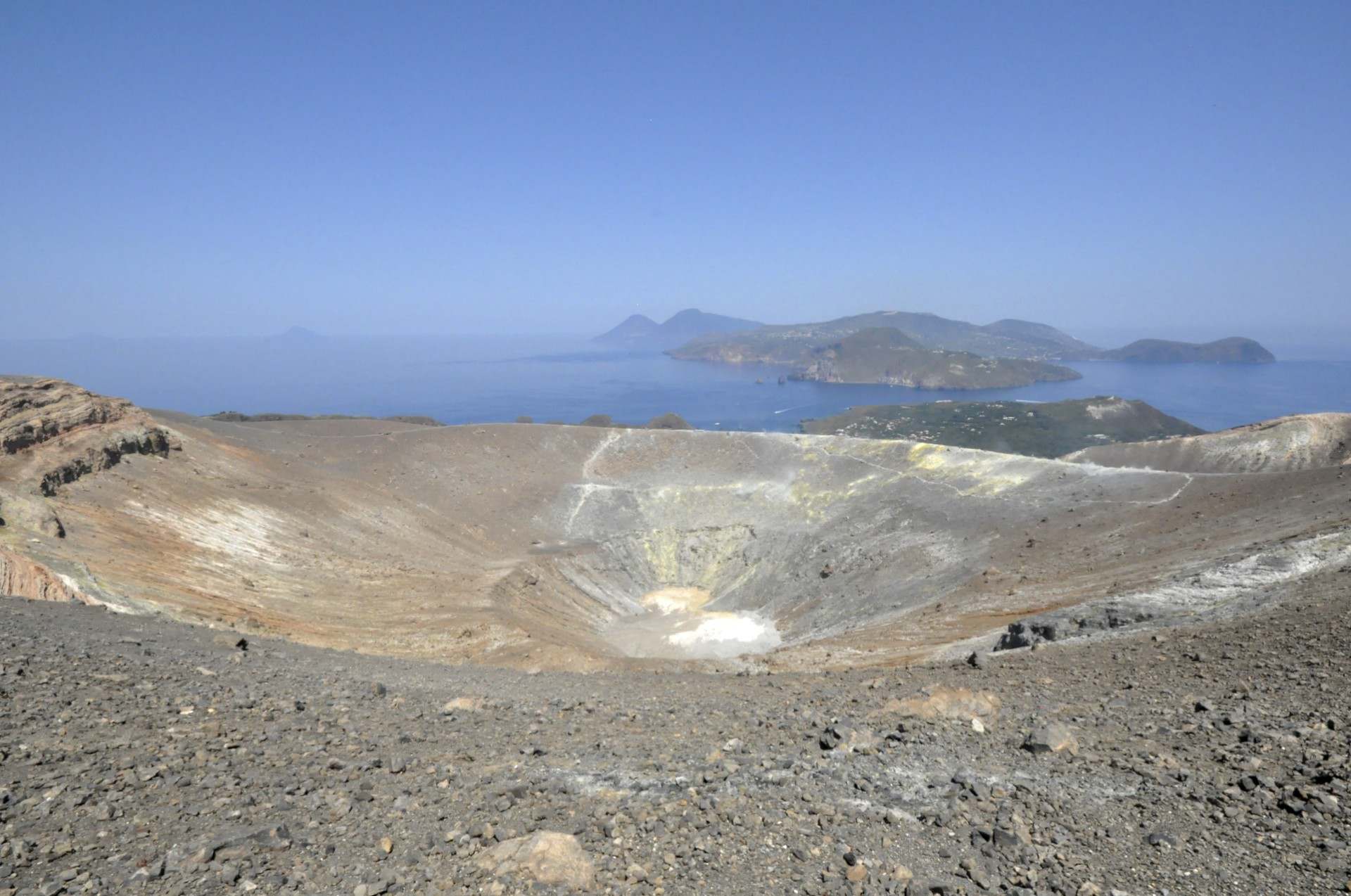 
Stromboli is an active volcano which has been continuously erupting for the past several thousand years. It is now about 925 meters high, so climbing it is like climbing three Eiffel towers. Luckily, I had half a day off from the conference to climb the mountain. But because it was only half a day, I was highly constrained. Luckily, I found on the internet a tour/boat company from nearby Lipari, which took me to Stromboli in the afternoon, let me climb the mountain with another guide company in the late afternoon, see the eruptions at sunset, and then take me back late in the evening, and even later drop on Vulcano, where my hotel was. It is not my habit to advertise, but both the boat company at Lipari - Da Massimo, and the trekking guides at Stromboli - Magmatrek, were excellent.

Anyway, below you will find several pictures from the climb up. When you think of it, Stromboli has perhaps perfect conditions to watch a volcano. It is relatively accessible (not located in a remote location such as the horn of Africa, nor does it require many days of travel from civilization), it is constantly active, the caldera has a nice "balcony" overlooking the eruptions, so that one can see them from relative safety and comfort. It is even looking the caldera from its east, so that one can see nice sunsets over it! Just perfect. 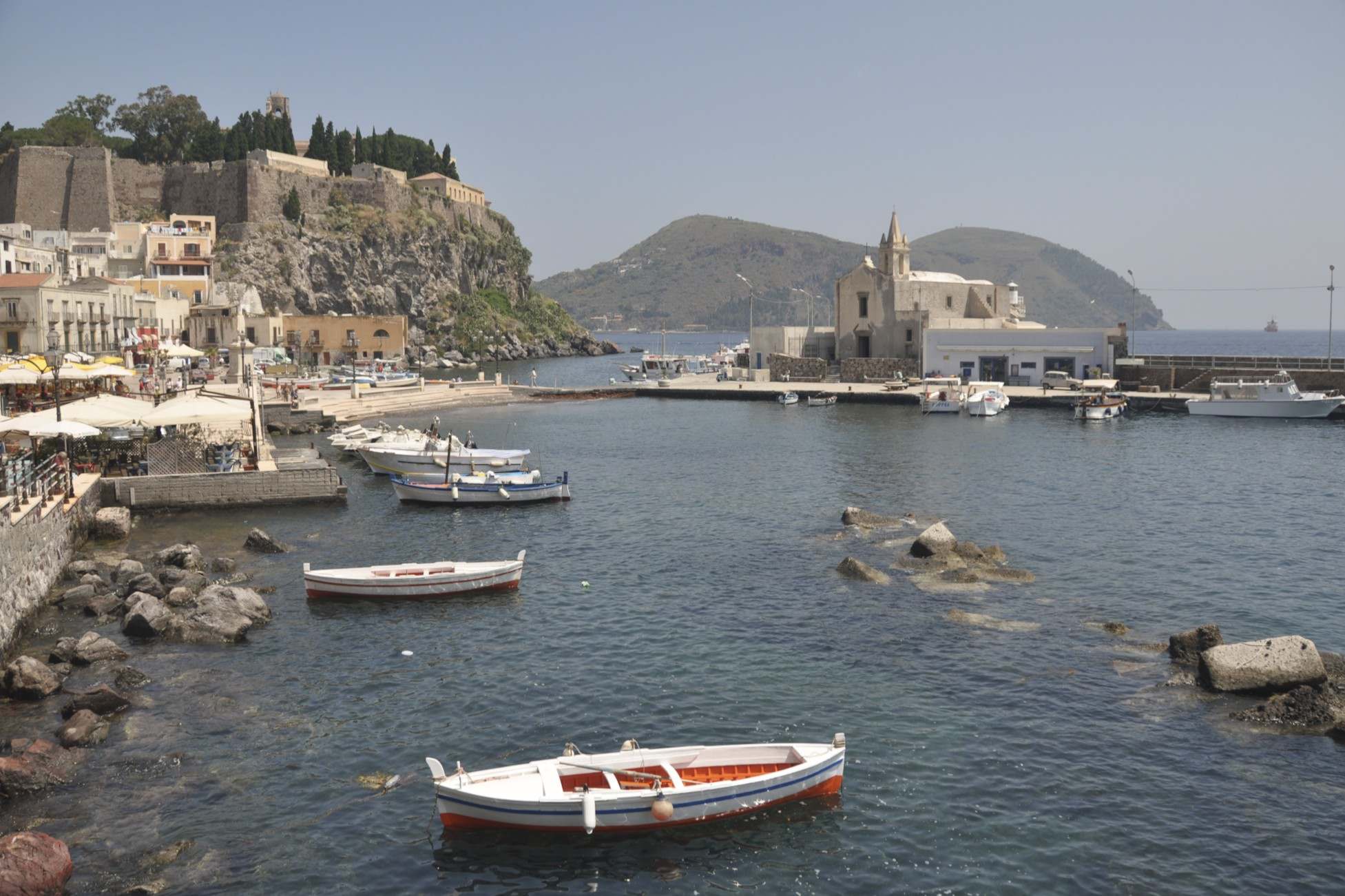 The old harbor in Lipari, where my excursion started 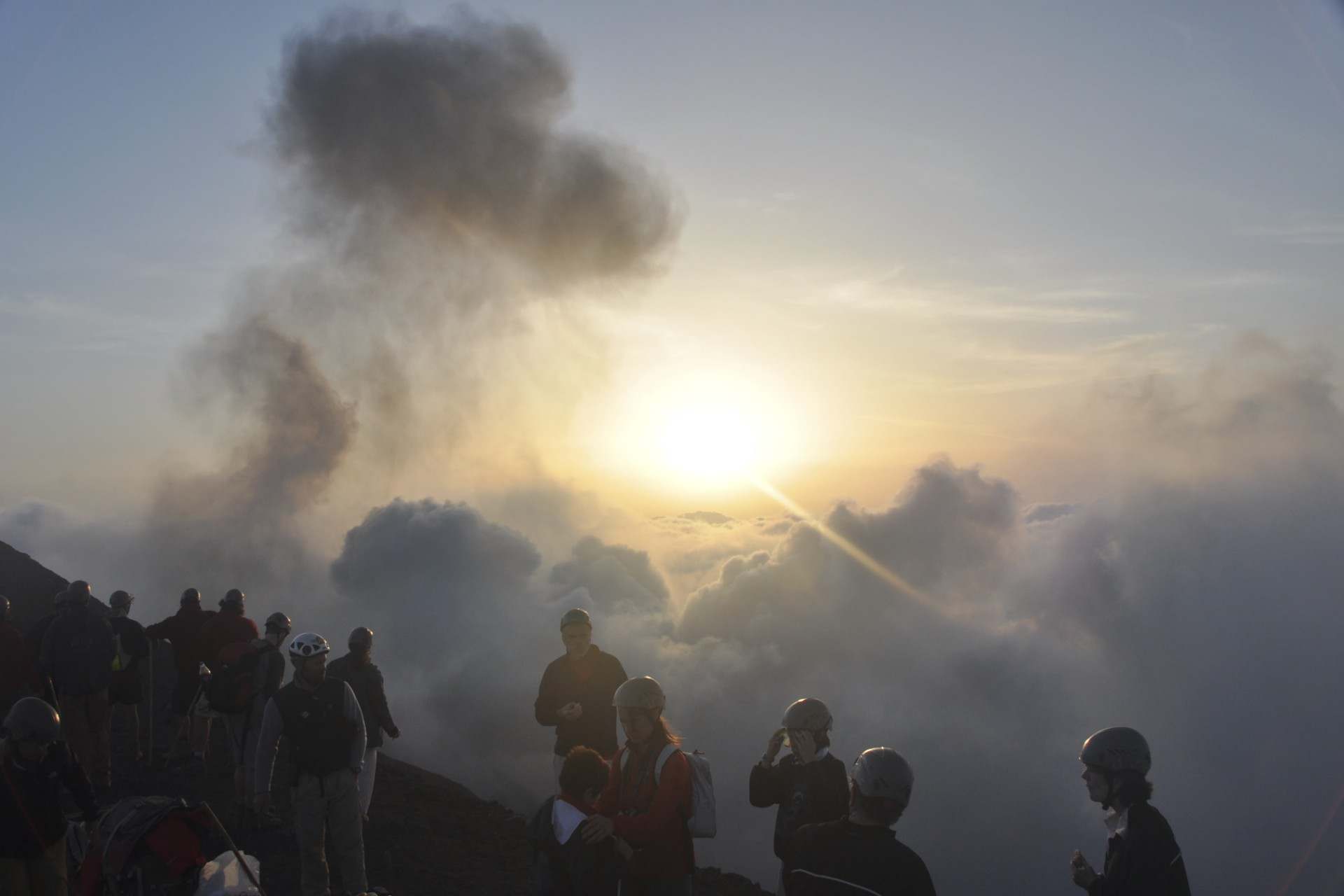 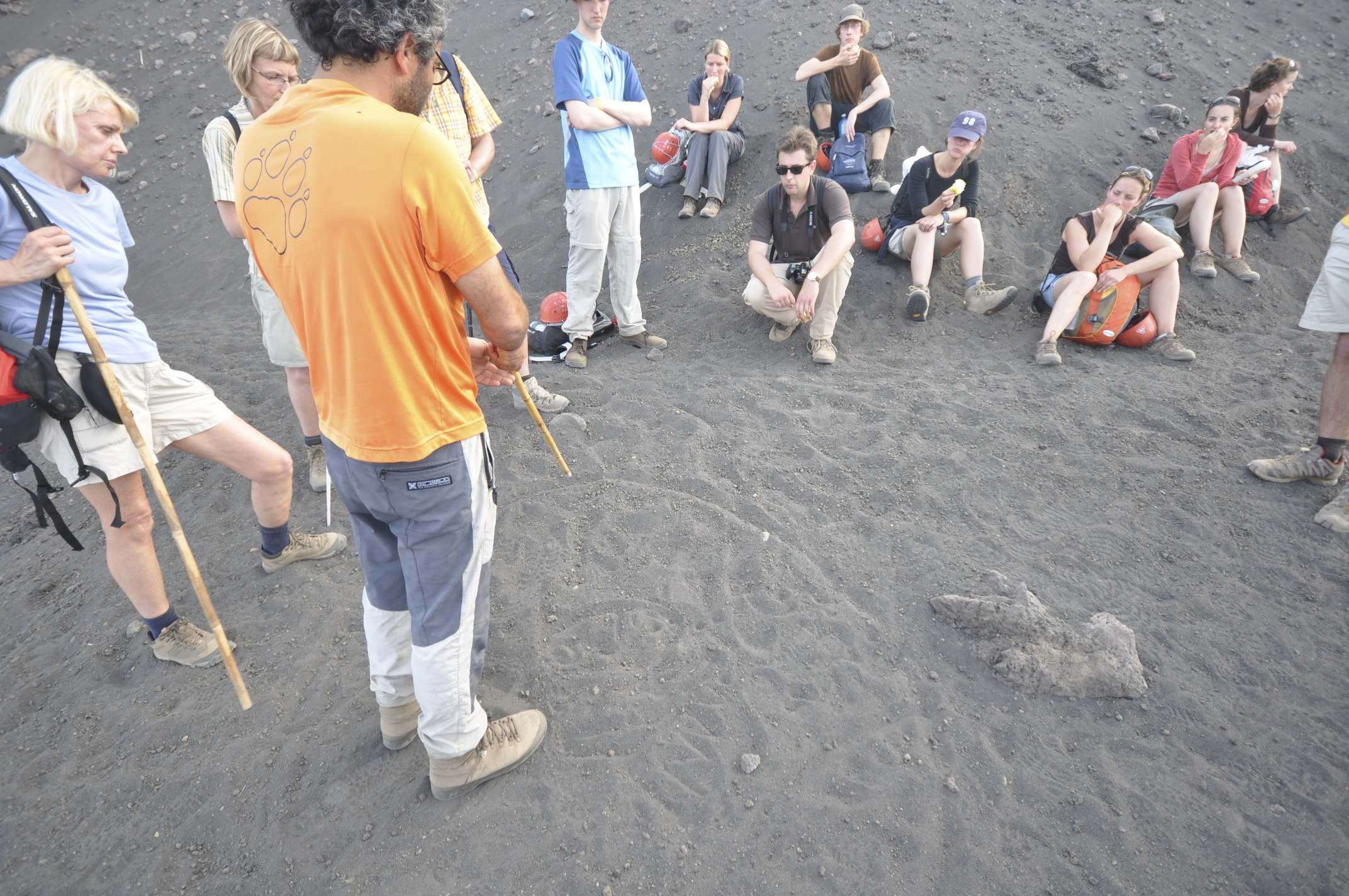 Mario of Magmatrek explaining the Island and its behavior 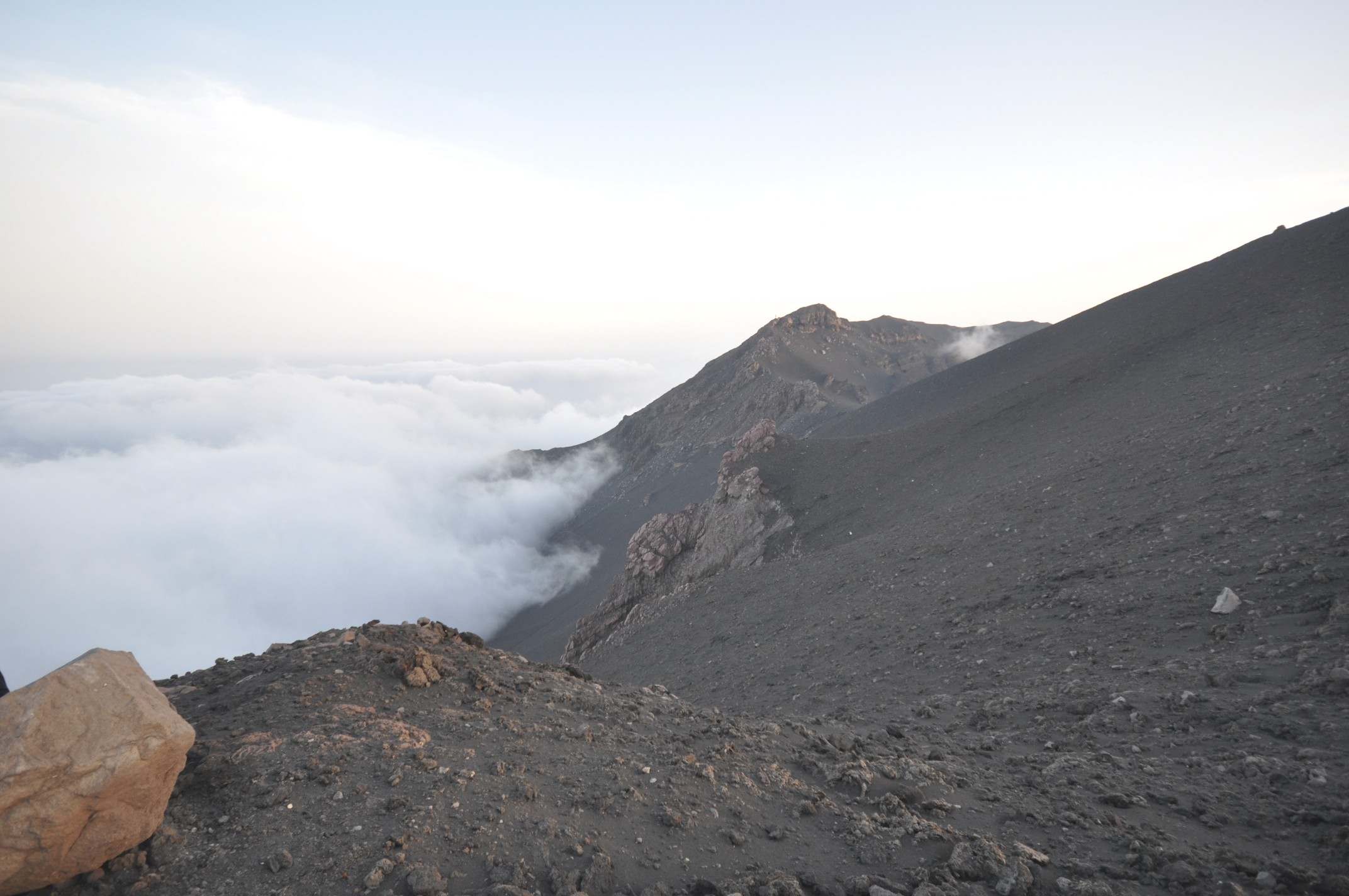 Clouds creeping from the East 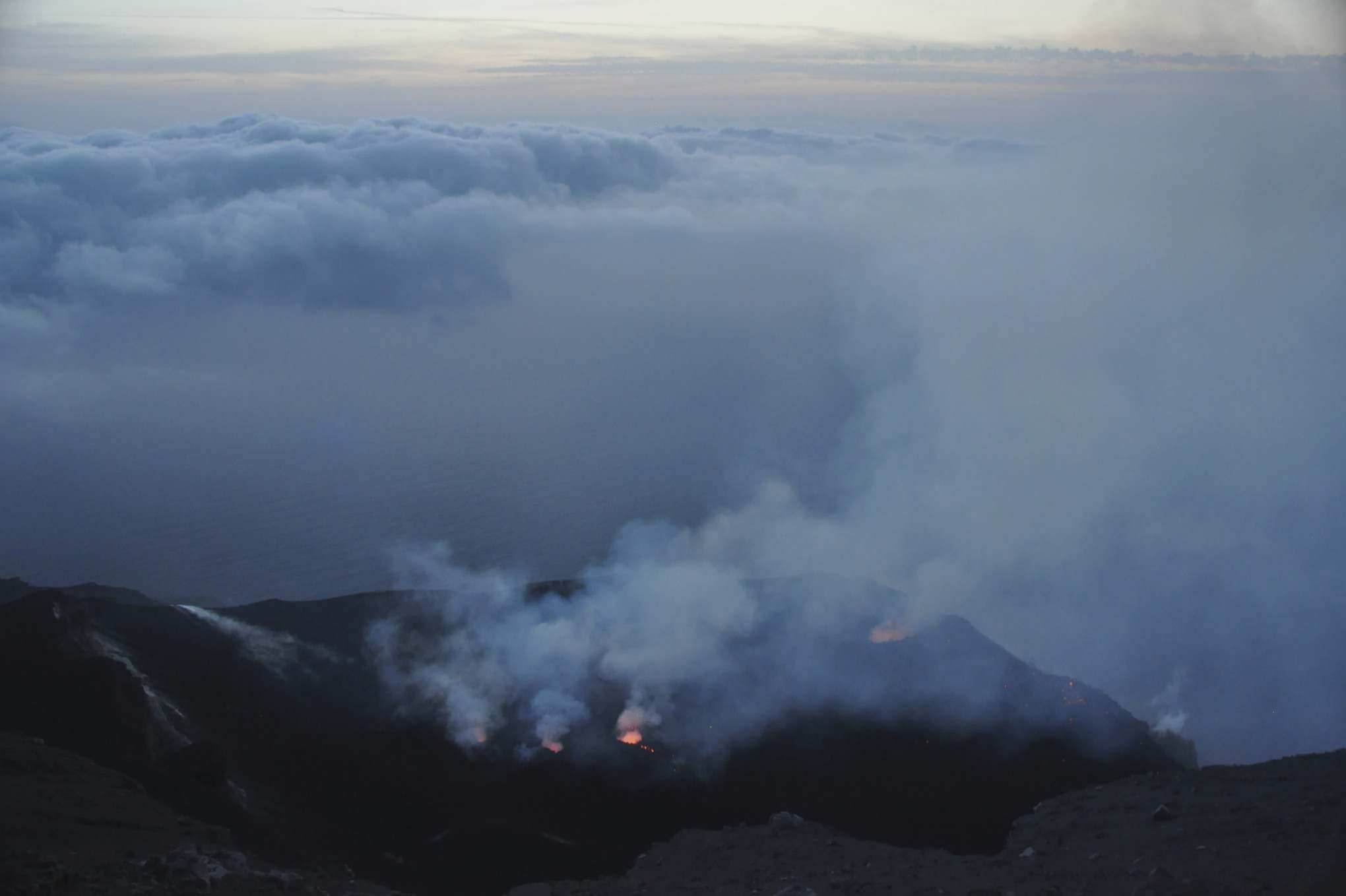 The caldera with simmering activity 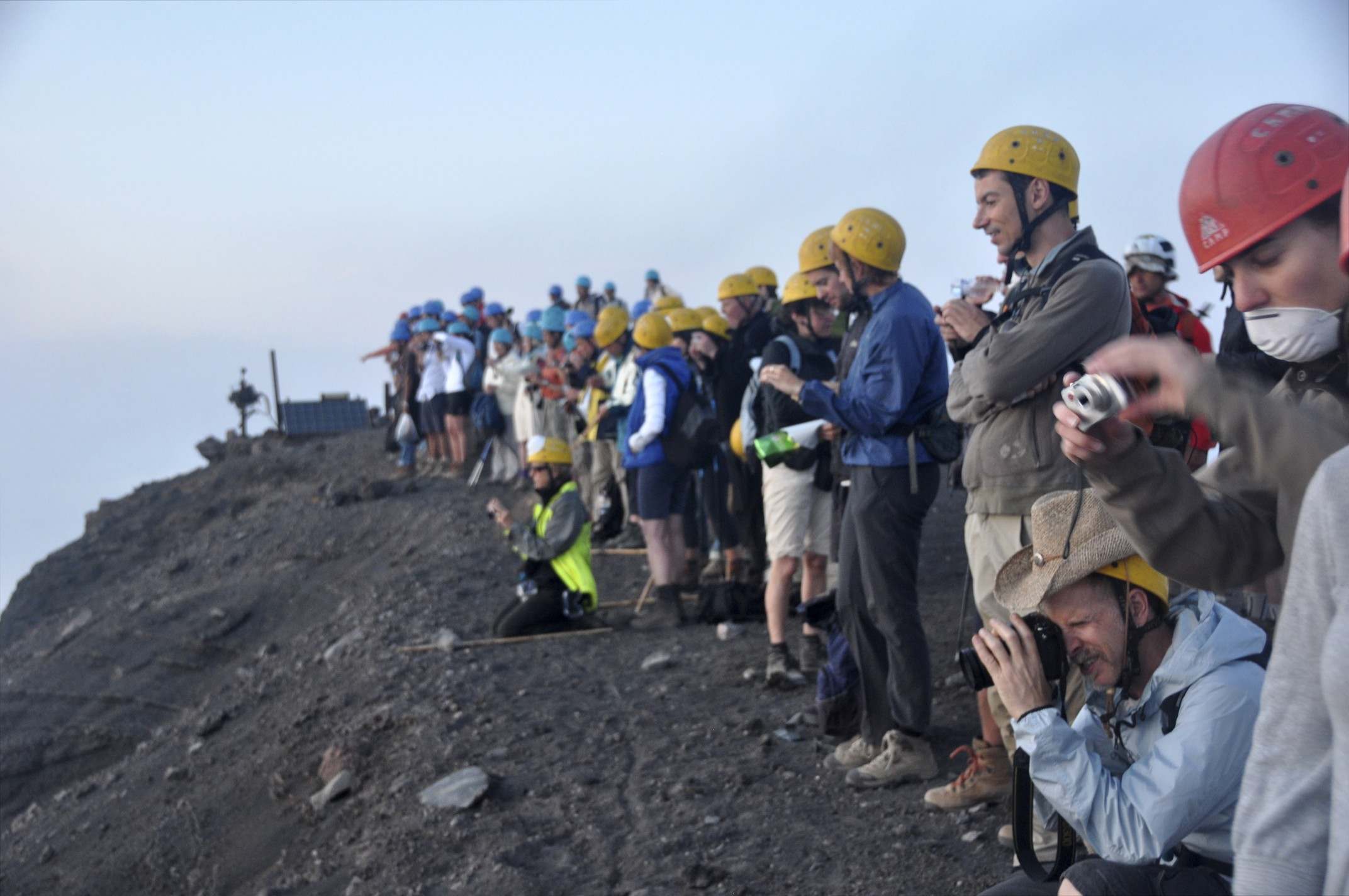 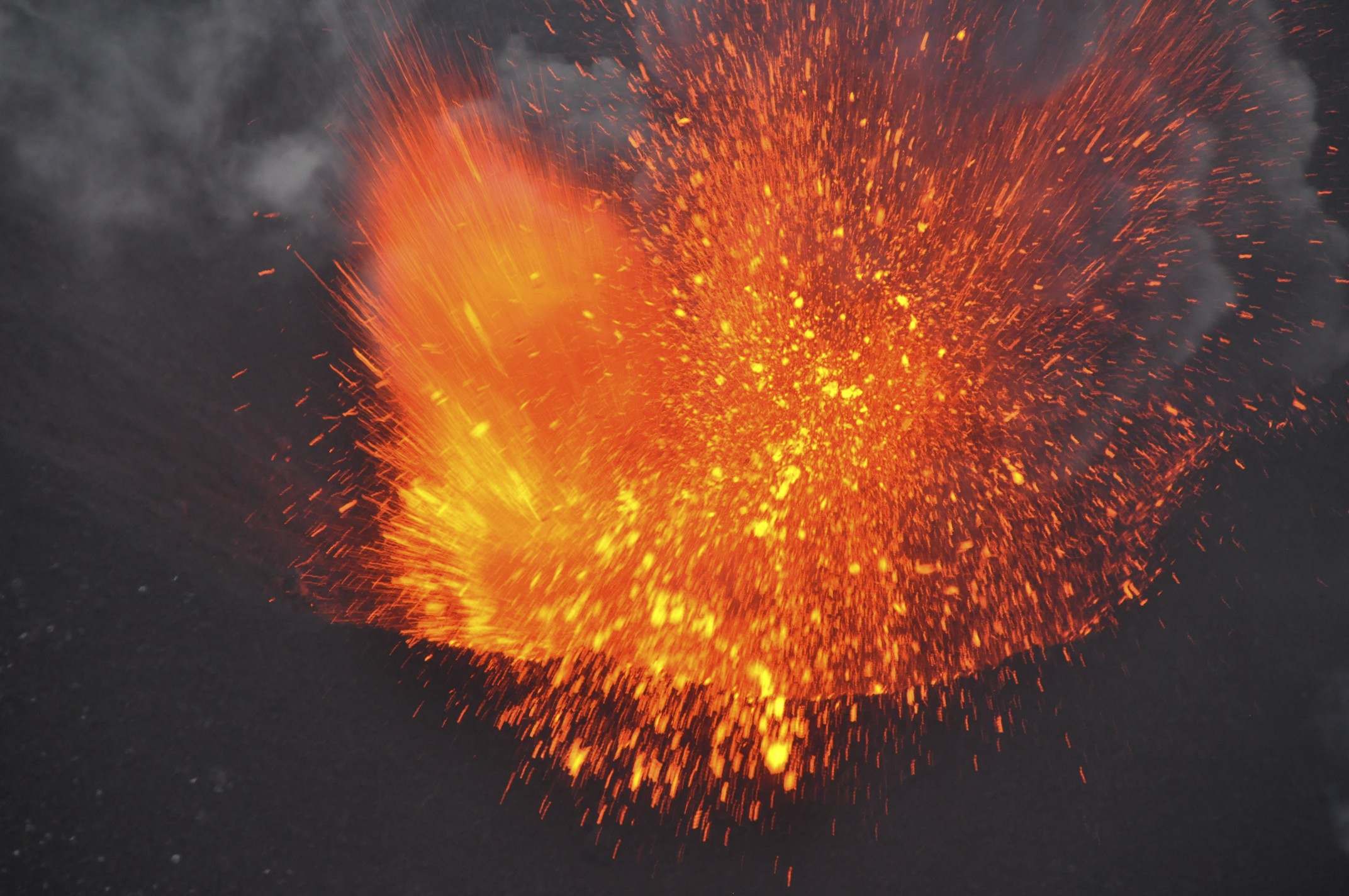 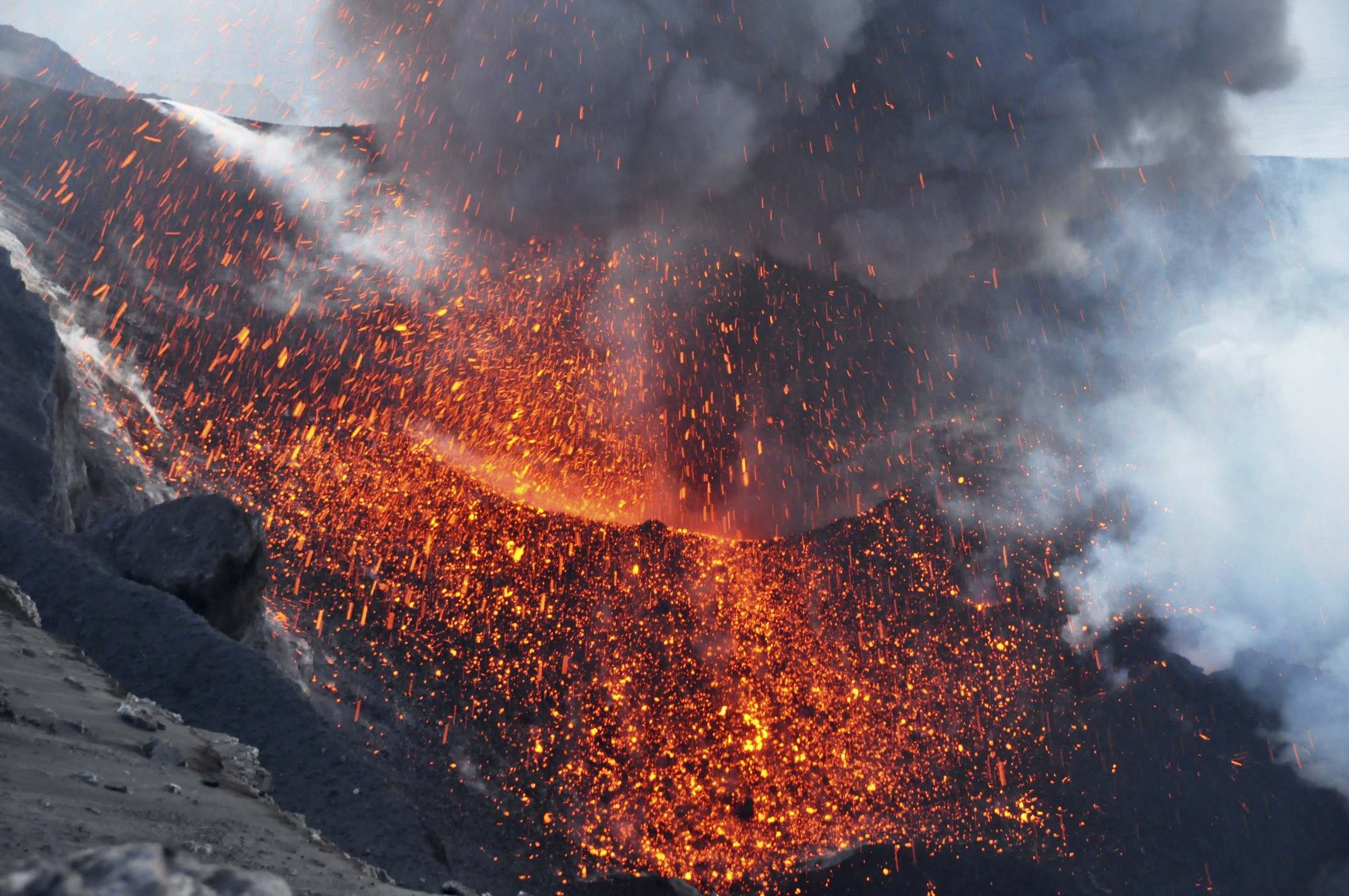 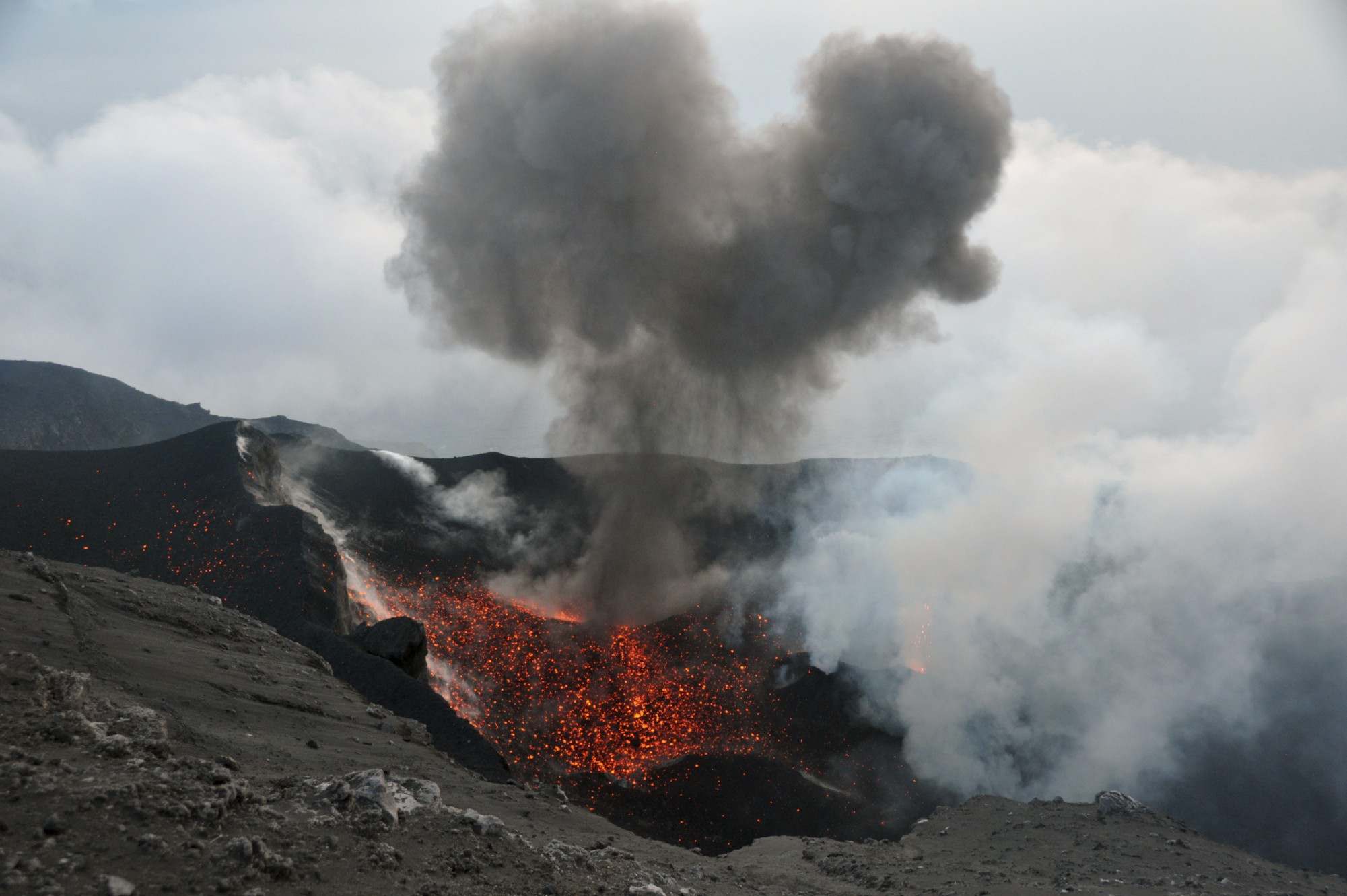 The leftover puff of smoke


Since I have a reputation to keep with this site. Let me discuss an interesting point related to geothermal activity. What is the total energy that Earth releases from its interior and how does it compare with mankind's energy need?

There are many ways to estimate this quantity. One way would be to use the temperature gradient through the ground and estimate the rock conductivity. This would give an average global flux of 80 mW/m2. This should be compared with the 240 W/m2 that we get from the sun on average (after subtracting the reflected component, i.e., 1 minus the albedo). The total heat flow out of Earth is therefore just over 4 1013W, or 40 TW.

It turns out that it is possible now days to see where a large part of this energy comes from, that is, from the decay of radioactive isotopes. The decay of Uranium and Thorium produces neutrinos which are observable, and in fact, were observed by the KamLAND experiment (e.g., here). They observed 4 neutrinos coming from Uranium decay and 5 from Thorium decay! This gives a total radioactive output of about 40 TW! (but with 95% confidence limits between 0 and 100 TW).

Today, it is estimated that radioactive decay produces perhaps 2/3s of the out going heat (i.e., of order 30 TW), while the rest is produced by continuous gravitational resettling (i.e, heavier elements sink while the lighter move up) and left over heat from the planetary accretion, when Earth was formed.

Anyway, for comparison, humanity uses about 15 TW of energy. Thus, humanity will need to harness about a 1/3 of the total outgoing heat flux in order to satisfy its energy hunger. This is clearly unrealistic. Of course, if you think on it more carefully, then the total thermal heat within Earth, of 1031J, is sufficient for the rest of eternity (well, roughly over the rest of the life of Earth, with current energy consumption), but it would be hard to harness this energy, since it takes the age of the Earth for this energy to diffuse from the inside out, but more importantly, one would need geothermal power stations covering almost the entire world. 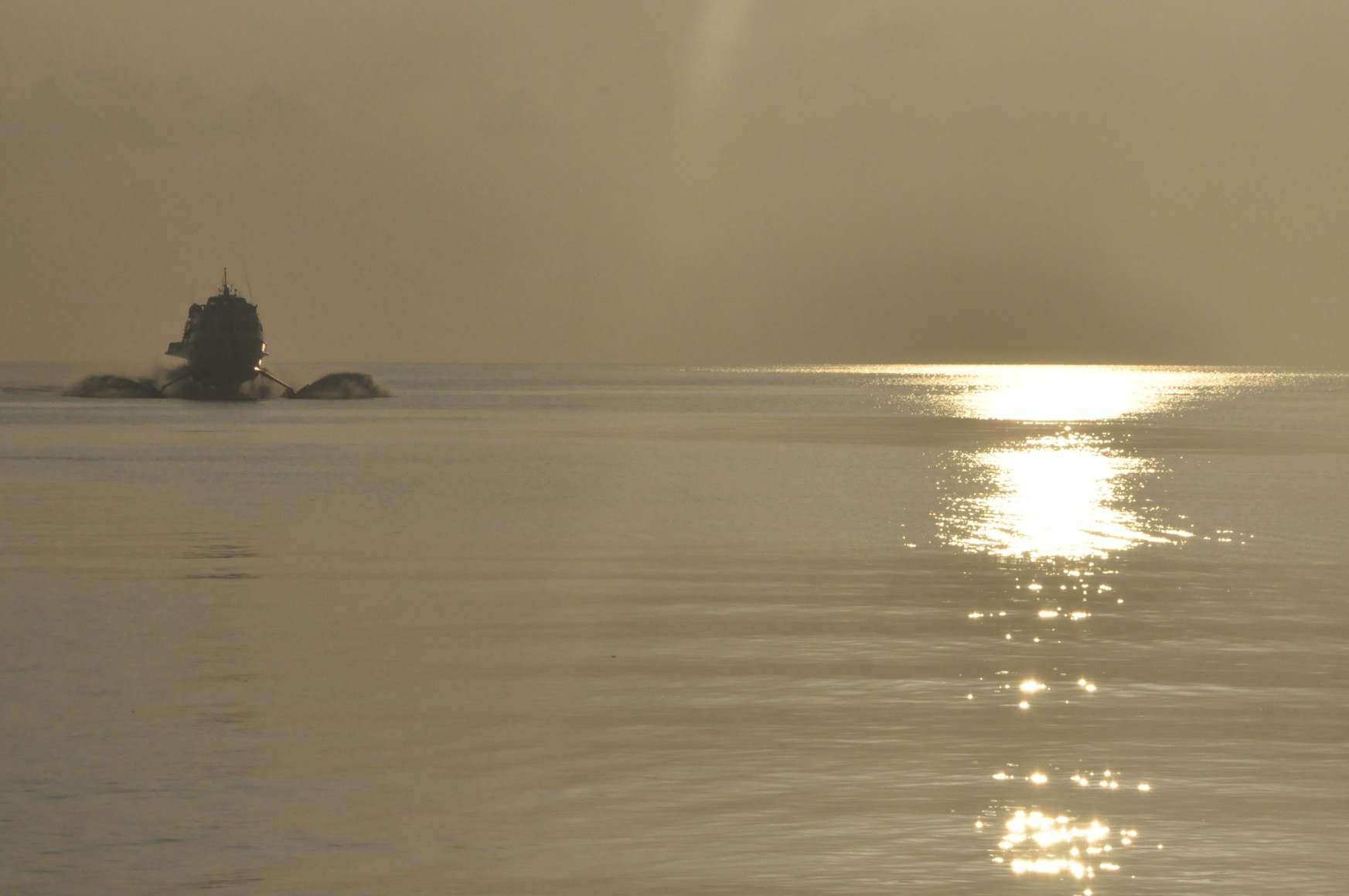 Hydrofoil coming to take me off the island.


There is also a movie of the eruptions here